MONEY MARKET FUNDS ARE REALLY HEDGE FUNDS MANAGED BY THE BANKING SYNDICATE. REDEMPTIONS ARE SOON TO BE HINDERED BY NEW RULES.

Recall that 18 months ago, money market redemptions occasionally came at less than 100 cents per dollar. Several funds were deeply embarrassed with sizeable mortgage bond holdings for that extra yield. Systemic stresses might soon lead to blocked redemptions. An important proposal awaits a decision in the overhaul of money markets. The new regulation would enable money market fund managers to exercise the option to „suspend redemptions to allow for the orderly liquidation of fund assets“ in its words. Without much argument of substance any longer, the entire US capital market has degraded into a hedge fund, where the safest investment locations can be denied to investors by a mere declaration of extraordinary circumstances. A change in rules for redemption might bring about an unintended consequence.

The USGovt control and leverage comes from the tax angle. Most self-administered pension fund accounts are fed by motivation to exploit the tax deductible contribution tax laws from income diversion, with limits. Talk has entered the financial networks of the potential to effectively force vast fund flows into the USTreasury market. The USTBond bubble requires increasing funds to feed and sustain it, like all bubbles. The hidden agenda is to prevent the collapse of the USTreasury market! The source targeted is the 401k and IRA accounts held by the people. Forcing individuals into USTreasurys as an cockeyed annuity is exactly what Social Security does. The USGovt is setting up a stage to usurp, exploit, and drain the private pension funds, the private ones being easiest to seize. The near 0% USTBill yield and ultra-low USTreasury yield assure minimal gains for these funds. The more urgent motive is to keep the USTreasury bubble alive. Purchase power of the pension funds will fall, since the earning yield will fall below the price inflation rate. The mechanism is likely to be a highly restricted set of choices for 401k and IRA investments, like short maturity USTreasurys. Already, USGovt and civil service workers are marched into G-Funds of minimal yield sponsored by federal debt securities. If people want to preserve the tax deductible investment, they soon will have to join the herd and invest in the USTreasury bubble.

GLASS STEAGALL TO MAKE A COMEBACK POSSIBLY, WHICH WOULD FORCE THE BREAKUP OF DEAD CONGLOMERATE GIANTS. A BACKDOOR ASSAULT ON THE FINANCIAL SECTOR IS UNDERWAY. THE MOVEMENT HAS YET TO FACE SYNDICATE COUNTER-ATTACK.

A short proposal is gaining traction in the USCongress that could return Wall Street to the 1990 decade structurally. It would force the breakup of banks, beginning with Citigroup. Former Fed Governor Lyle Gramley put it well when he said: „Congress is at war with Wall Street. They perceive Wall Street as being the root source of our financial crisis, and they want to do something to make sure that does not happen again.“

THE CRISIS IS JUST BEGINNING, ACCORDING TO SIMON JOHNSON. THE PREMIER BANK FOR INTL SETTLEMENTS IS MOTIVATED TO TAKE ACTION AGAINST THE BIGGEST BANKS. THESE US BRAND ZOMBIES ARE A MENACE TO THE ENTIRE FINANCIAL SYSTEM.

Simon Johnson formerly served as economic counselor and director of research at the Intl Monetary Fund from March 2007 to August 2008. He notes that BIS officials at a recent meeting discussed the breakup of the so-called ‚Too Big to Fail‘ banks.

we are truly approaching a climax event as gold metal has exited the London market. The trigger event is unknown. It will likely not be directly related to the above event fronts. It will probably be a typical garden variety event pertaining to the far from ordinary stresses tied to the ongoing crisis in the credit market, gold market, and currency market. When the combined magnus financial crisis blossoms, it will go ballistic and the sovereign debt default will comes full circle to kill the USDollar and USTreasury Bond. The warning signal will be default of the UKGilt (British debt security).

FUTURES CONTRACT IN GOLD ARE BROKEN, AND FAILURES TO DELIVERY WILL BECOME COMMON. ANTICIPATE COUNTER-PARTIES TO GO BANKRUPT AND INVESTORS TO BE STUCK WITH WORTHLESS PAPER GOLD DERIVATIVES. PHYSICAL GOLD IS THE BEST PROTECTION.

WHEN THE CRISIS AMPLIFIES, RIPPLE EFFECTS WILL SPREAD THROUGHOUT THE ENTIRE FINANCIAL SYSTEM. SPECULATION IS RIPE IN ELITE GOLD CIRCLES AS TO WHAT THE MUSHROOM CLOUD WILL LIKE.

When, not if, the financial crisis and ripples are thrust across the financial system, the Twilight Zone will be here. Pure speculation follows, but the Jackass imagination is not lacking in a description of growing disorder replete with contagious breakdown. Discontinuity will come to the gold price, with a move perhaps to 1480 followed by an overnight jump to 1720, never touching 1500 on a retreat, then a move to 1880 following by an overnight jump to 2120, that does touch 2000 on a correction. Ditto for silver. The London metals exchange and COMEX will shut down all gold & silver contract trades, will come up with a cockamamey reason why no delivery takes place, as price discovery and reporting go blank. Lawsuits, arrests, prosecution, data seizure, office shutdowns, fritzy price reports, irregular transaction settlements, they all come to London and then to New York City. Key mid-level figures will turn state evidence, thus assisting bigger investigations involving central banks and the collusive giant private banks. Magnificent schemes will be revealed, of which Madoff is a relatively smaller part.

The world will be left with five trading centers offering gold prices from volume sales, with average recent prices posted on the internet amidst much debate and mockery by the official corners of the discredited syndicate. Suppliers of gold (clearing houses) will be sued for breach of contract to the metals exchanges. Allocated account holders will vanish, even file their own fraud charges for illegal lease & sale. Lawsuits will spring up against the Street Tracks gold exchange traded fund (GLD) for sale of investor bullion to the LBMA, as confirmation comes on the practice. Discovery phase in court proceedings will reveal fraudulent management of the GLD gold bar list, fraud for vault fees without gold held, and more. Immediately, false stories circulate about a wide variety of topics, even phony reports about market health and normal trading activity. Confusion in certain markets abounds. The internet will experience gaps with lost patterns of regular reporting of news stories. Rumors will fly that something strange is going on, resignations are due, certain executives are either arrested or in hiding or committed suicide. Some sensational versions will be true.

THE E.U. WILL NOT BAIL OUT GREECE. IN FACT, IT WILL BECOME A TEST CASE, EVEN TO CREATE A MODEL FOR IMITATION IN ITALY, SPAIN, AND PORTUGAL. EUROPE WILL STUMBLE ALONG AS IT PRESERVES ITS CORE.

The German political and banking leaders are walking a narrow risky path to handle the situation diplomatically and with a deft hand, so as not to inflame emotional reactions or even national retaliation. My personal belief is that Germany wants to carve off Portugal, Italy, Greece, and Spain from the shared Euro currency usage, to permit them to return to their former domestic currencies, to go through the debt default and restructure process, and to QUIT relying upon German welfare program to sustain their undeservedly high standard of living at heavy German expense. They will therefore give the appearance of offering more aid than is delivered in a delicate situation. Chancellor Angela Merkel said the mounting Greek budget deficit risks hurting the Euro, claiming the currency faces a very difficult phase. Merkel has openly questioned the fiscal discipline of other countries using the Euro currency, like with pension policies. The first test case and breakdown clearly comes in Greece.

A USDOLLAR RALLY SEEMS POSSIBLE. A USDOLLAR DECLINE ALSO SEEMS POSSIBLE. THE CHAOS IN THE EURO CURRENCY COMBINES WITH THREATS TO SIDETRACK THE EXTREME USGOVT WASTEFUL SPENDING COURSE, TO OFFER CAUSE FOR A HIGHER USDOLLAR. THE WRECKED USGOVT, USBANK, USHOUSING, AND USECONOMY INDICATE A CONTINUED DECLINE IS JUSTIFIED. WITHOUT A LOWER USDOLLAR AND LOWER USHOUSING PRICES, NO ECONOMIC RECOVERY IS REMOTELY POSSIBLE. A BRIGHT POPULIST LIGHT EXPOSES A BANKRUPT AND GUTTED USDOLLAR. 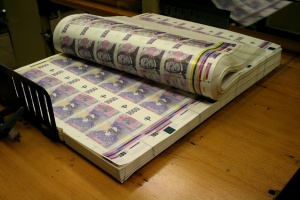 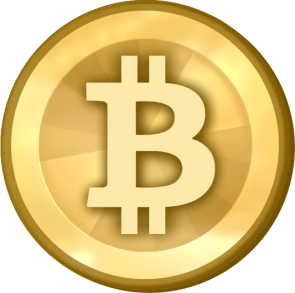